God's Love to a Hungry Nation! 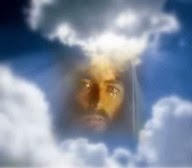 "nothing can separate us from the love of Christ..."

FREEDOM, FREE ENTERPRISE - Stop Progressive or Democratic Socialism:
I finished writing this novel Hungry Nation, in June of 2012. I see now that the political climate makes this book very relevant now even more than ever since in the coming election, socialism is a huge issue. This novel is a look at advancing socialism and communism and tyranny, vs free enterprise, freedom and smaller government.

You can read more about my novel at this website:
http://www.hungrynation.net

Posted by Greg Nichols at 9:36 AM No comments: 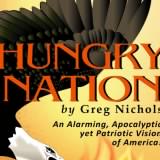 The teachings of Jesus and Paul in the New Testament are the use of spiritual warfare against spiritual darkness, and obeying the laws of Caesar, even when Rome was oppressive and Jesus or Paul disagreed with them.  The message of our novel is warring in the heaven-lies against God's enemies who are not flesh and blood and having no planned or open violence against ruling human authorities.  Our novel goes deeply into the the spirit world and sets the stage for the reader to understand their role in the real world, thereby, life imitating art for the good of America.

Justin Brooks is God's man as the main character of Hungry Nation and we see his character and his Divine revelation slowly grow in the novel, as he fights evil and realizes his authority in Christ!  Duffy French is Justin's mentor and spiritual father who guides Justin, and gives him keys while giving him freedom to make mistakes.

Watch for the novel to be released soon at Amazon.com, in paperback.  More can be seen at the following website. http://www.hungrynation.net

Also watch for the 2nd book to be released about 6 months after the first one.